Marie Martine Bédard's new album, Hippocampe, will be released in the spring of 2023. In the meantime, here are some excerpts from her Demo Ep in French and English. Those songs were as of her 'Bachelor Degree of Professional Studies in Songwriting' , Berklee College of music.

The Hippocampus Project is a musical creation aimed at raising awareness of the paths taken by survivors after rape by combining technological arts and popular song.

With the assistance of the co-founder of the NXI Gestatio, Nicolas Reeves,  Marie Martine Bédard started her songwriting process wearing a biofeedback headset of 64 channels to capture her brain waves while she recalled the paths of her survivor's journey. The captured signals were then converted into sound waves and subsequently transformed into melodic and rhythmic embryos by Jean-François Lemieux, musician and coproducer of the Hippocampus album, and Marie Martine Bédard. These sound materials have thus served as a basic framework for the composition of the various pieces of the album and as melodic instruments in their own rights.

The title "The Hippocampus Project" refers to the hippocampus of the brain in which traumatic phenomena are recorded. This seahorse-like structure in the brain influences the way one responds to these dislocations of soul and body that are trauma.

Thus was born for Marie Martine Bédard the powerful and intimate symbolic association between memory and the sea, the imaginary place of all the subconscious and all the unconscious. Nestled in the hollow of a remote cerebral cavity, the hippocampus travels, during healing processes, a motionless journey whose stages lead the person from the darkness of pain and the fear of death to the light of rebirth and life.

Initially a classical guitarist, Marie Martine Bédard began her career as a rock musician on bass guitar with Patrick Bourgeois, who would later become famous with his group les B B. Then, taking on the role of solo guitarist, she joined her childhood friends to form the first all-female punk rock band in Quebec, Blue Oil.

After performing nearly 1,000 shows, Marie Martine Bédard’s career and motherhood were abruptly interrupted by a vicious attack, a brutal rape and its consequences. This violent event paralyzed her professional ambitions and changed drastically how she could parent.  It took her years to exit the deep fog of trauma and begin her reconstruction.

Make of Trauma a Shared Work

The releasse of the Hippocampus album is planned for the spring 2023.

Every song has the potential to be a conversation starter for victims. 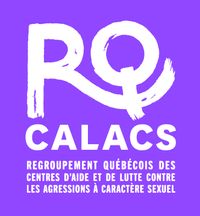 Marie Martine Bédard has joined forces with RQCalacs (a non-profit organization that helps victims of sexual violence) in order to promote the cause that is so dear to her heart. Fundraising campaigns will be organized periodically.